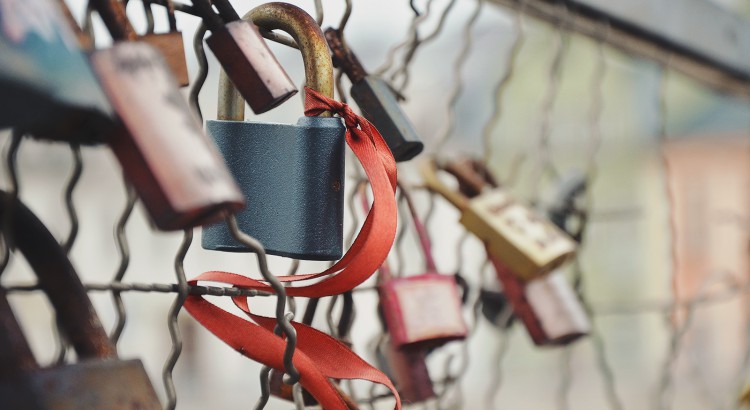 How secure are your databases?

No, not your network. Just your databases. If your company is like most, the strongest security has been placed around the outside of your network, at the perimeter. Not all threats come through the front door, though. An increasing number of breaches occur because a hacker found a way around the perimeter security or an insider leaked data (either accidentally or maliciously). The way to counter both of these is to strengthen the security closer to the data itself.

So let’s talk about security. Over a series of posts, I’ll break down the SQL Server security model into its many components, then show you how they all fit together. As with so many topics in a complex platform like SQL Server, there are exceptions to nearly everything. For now, we’ll stick to the core concepts to keep the discussion straightforward; we’ll talk about the exceptions later.

Who are you, and what do you want?

The first concept to understand about SQL Server’s security model is the difference between authentication and authorization.

If you’ve managed the security of other systems, these classifications will probably be familiar. They’re a fairly common construct.

The authentication objects can be further broken down into two types:

The rest of this post will talk only about the server principals (logins).

Where can I find you?

Before we create a login, we need to decide what type of login we want to create – or rather, what should authenticate the login.

Aside from what system performs the authentication, there aren’t a lot of differences between the various types of server principals.

Now that we know what a server principal is, let’s create one.

But first, we need to check to see what authentication mode our instance is using. By default, SQL Server is installed with only Windows-authenticated logins enabled. If you also want the option to use SQL-authenticated logins, you must enable mixed mode. You can do this on the Database Engine Configuration page when you’re first installing SQL Server: 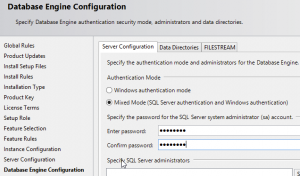 If you’re working with an instance that has already been installed, you can change the mode using Management Studio. Connect to the instance, then right-click on the instance name in the Object Explorer, and select Properties. On the Security page under Server authentication, select SQL Server and Windows Authentication mode.

To create a login, expand the Security folder in the Object Explorer, then right-click on Logins and select New Login…. A window will be displayed that looks like this: 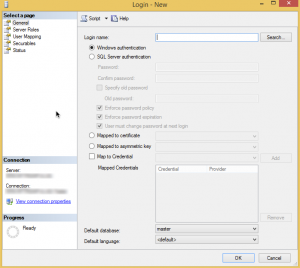 To create a Windows-authenticated login, specify the full Windows username in Login name, including the domain: domain\user. (If you’re using a local Windows login, substitute the computer name for the domain name: computer\user.)  You can also search for the login you want to use.

For those that prefer scripts, a login can also be created using Transact-SQL.

That’s it! You now have a server principal on your SQL Server instance. At this point, it won’t be functional – we haven’t given it any permissions to do anything. That is a subject for our next post.